Real Talk: My Pants Do Not Fit

Well here we are: you’ve clicked, you’ve come, and now the moment has arrived for REAL TALK TIME*

*On my Instagram account, I use the phrase “real talk time” to preface my followers of a usually-long, usually-confessional caption ahead. I guess I think of my tag as a warning, because for some folks, social media is not the place they go to hear other people’s “real talk.” Social media is the place they go to look at photos of puppies and babies and succulents and ferns set on marble countertops. Believe me, I use it for that reason, too! WeRateDogs on Twitter? Joanna Gaines on Instagram? SIGN ME UP. But I posted this one earlier, and found it seemed to resonate with folks. So, I adapted it to here.

REAL TALK TIME: it’s been almost 6 months since I broke my ankle. Not only did breaking my ankle stop me from running, an activity I love, but it propelled me into a season of life where some darker stuff that I’ve been pushing down for a while became exposed. These months of the most inactivity I’ve experienced left me feeling both too much and not enough: too overweight, not disciplined enough to lose it. Too concerned initially about finances to invest the money in medical care, not trusting enough in God’s control of my life. Too hungry, coming up with not enough reasons to enjoy a piece of cake.

As this season went on, and the tighter my pants got, the more I talked badly to myself. As a person who believes in grace and writes about it, too, it was pretty disconcerting to see how little of it I had for myself. So there I was: negative, mean, and stuck in ill-fitting pants.

As a person who believes in grace and writes about it, too, it was pretty disconcerting to see how little of it I had for myself.

Friends, as I write this, my pants are still tight. I still feel frustrated that my body doesn’t process sugar and produce insulin in the the same ways as other people, meaning that the sweets I love to make and eat make my pants even tighter! I haven’t transformed into a super positive fitness coach who can rattle off inspirational quotes and share her recipe for fighting off desire for a double-stuff Oreo. It’s all still there, folks.

The goal is to be true to the story God has written for me, and to root myself in His truth that my value doesn’t come down to physical attributes, my personality, or my skill set. I will never be enough, but that’s enough for Him. His love is not fleeting, it does not change. It does not waver based on how I’m doing, if I can run, if I look pretty, if I accomplish great things, if I do good stuff that other people admire. To the society we live in, this no-holds-bar, no conditions kind of love doesn’t make sense. But that’s the miraculous beauty of it all.

I will never be enough, but that’s enough for Him.

So maybe today your pants fit. Maybe you’re reading this and you’re actually quite beautiful. Maybe you’ve got a bangin’ social life, a career that garners you attention and respect that you’ve always wanted. Tone arms and a sharp mind. But chances are, there’s something you’ve got buried too. I encourage you to let that darkness come to light. Uncover it. Spend some time figuring out why it’s there. Let it rear its ugly head and then look it straight in the eye. Don’t blink. Tell it you know the end to this story, that your epilogue has been written.

So that’s my real talk for you today. Until next time, I’ll be on this journey of learning what it means to live this thing called life, one abundant in grace for myself and others, too. 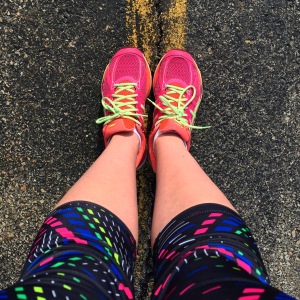 One thought on “Real Talk: My Pants Do Not Fit”

This site uses Akismet to reduce spam. Learn how your comment data is processed.