The Dog I Grew Up With

A post of gratitude for a dog I’ll soon have to say goodbye to.

I remember the day so well: I woke up on a crisp Saturday morning—an exciting Saturday morning because my two oldest brothers were home on Thanksgiving break from college. I was 12 years old, and was soon filled with an increased gleeful anticipation because that very morning, my mom had discovered an ad in our newspaper for a litter of golden retriever puppies for sale only a few miles from where we lived at the time. I remember sitting on the couch, looking at the ad with my mom, and my eyes welling up with tears. “I always wanted to get a puppy!” I said with a sort of childlike innocence. As me, my parents, and my brothers piled into the family mini van to drive 10 miles to the farm where the puppies were, my dream was coming true—when we got back in that van, we were going to have a golden retriever puppy with us! 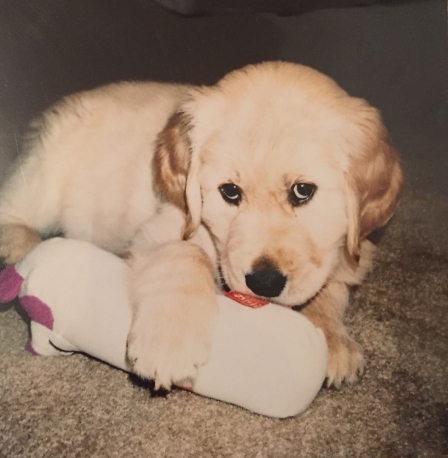 Maddie on the day we brought her home.

The puppy we brought home was Maddie—Godspeed Her Royal Madeline—if we’re using her official AKC registered name. She was the cutest, fluffiest, smartest, and most terrorizing puppy I’ve ever come across. All my clothes from junior high have holes in the cuffs and pant legs from Maddie’s sharp puppy teeth—marks of her earlier mischievous nature. All of her toys were destroyed in a matter of minutes, but Maddie was house-trained in 2 days, and could do a routine of tricks (sit, stay, lay down, roll over, play dead) in less than a week after we got her.

After about the first year of having Maddie, we all breathed a sigh of collective relief that we had made it through the puppy stage. We no longer feared leaving the bathroom door open only to discover that Maddie had torn an entire roll of toilet paper into shreds. We also discovered that as Maddie grew up, she had a great affinity for picking up on our vocabularies. She could take direction from my mom to go get her slippers, and would run into her bedroom, go into the dark closet, and bring out her pair of slippers each night. She knew words from “squirrel” to “Neighbor Jenny,” got very forlorn when my mom said “it’s time for the kids to go to college” and omitted a ferocious growl any time we uttered the name of her mortal-dog-enemy: “Zippy.”

In addition to understanding our words, Maddie displayed an early affinity for understanding our emotions. We got Maddie when I was in the 7th grade just after we moved. It was a hard time for me and my brother: we didn’t have the best time adjusting to the new community, felt sort of out of place, and experienced some tough moments just as siblings who had a tendency to disagree. Whenever I would cry (which was frequently), Maddie would always come up, put her head on my leg, and look up at me with very sympathetic eyes and a wagging tale. If any of us raised our voices at each other, Maddie would bark at us, almost as if to scold us for yelling at each other and to tell us to stop that!

Throughout high school, Maddie comforted me through many tears: tears of loneliness, confusion, regret, indecision, and frustration. I always felt like Maddie cared, and for some weird reason, sometimes that made things better. 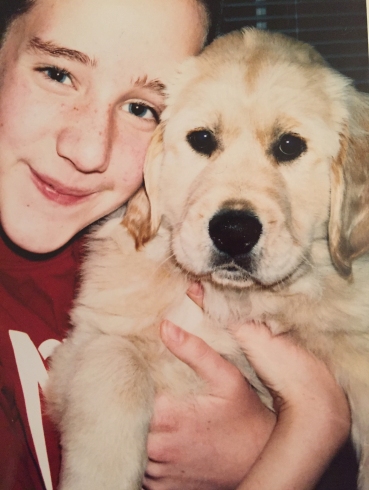 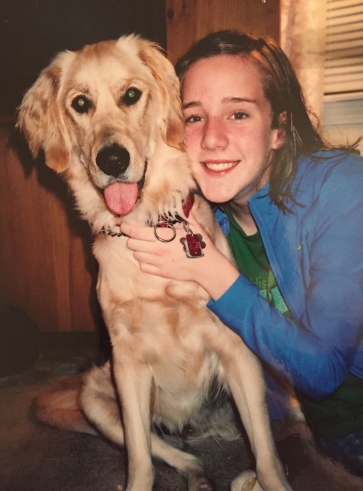 On September 27th of this fall, we celebrated Maddie’s 10th birthday. It will be her last. We discovered the next week that the strange bumps Maddie had started getting on her legs were actually a rare form of cancer. Before too long, the cancer spread, and Maddie probably won’t be with us for Thanksgiving, the very holiday on which we brought her home, named her, and welcomed her as part of our family just as much as any person. While Maddie is still her happy, joyful, loving self, you can see in her eyes that she’s not feeling great. It certainly is hard to have begun the process of saying goodbye. It’ll be even harder when I have to accept that one of these goodbyes will be the last.

In some ways, it seems sort of odd to grieve over an animal, to write a blog post about a dog that many of you never even saw or knew or pet or liked. But the more I think about it, the more I realize that Maddie will always be the most important dog I think I may ever have had. And that means something to me. She was with me from age 12 to 22. In those years I would start a new school, watch two of my brothers graduate college and get married, and all three of them get amazing degrees. I’d learn of a health diagnosis, see my dad leave a church, go to and graduate college, help my parents move, find actual friends, start my career, and meet my niece and nephews.

Maddie has been there for the most monumental and shaping moments of my life. We’ve grown up together. She’s seen me cry more than any person has, and has provided joy and comfort and happiness in moments where such things were hard to come by. 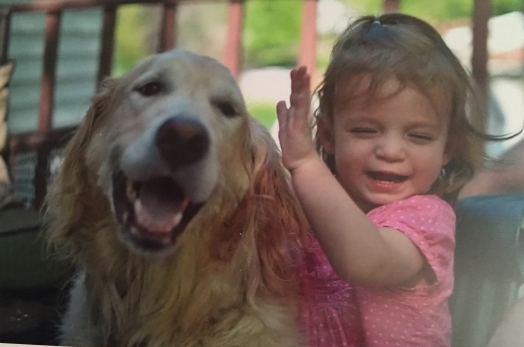 Maddie has been a blessing to our family. She’s brought both comfort and comedic relief. She’s dressed in numerous amazing costumes, and posed for countless photos. She’s been a wonderful dog to the babies who have come into our family and has her tail pulled, her eyes poked at, and her face screamed in by three small children and has been nothing but loving and gentle. She has taken many walks with us in many places, sat with us during Steelers games, and begged for bones each and every night. 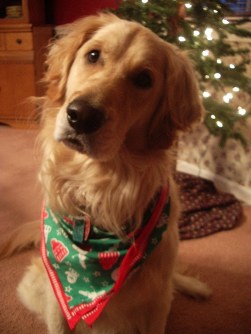 She was the best dog any family could ever ask for.  There’s a quote that says, “Dogs are not our whole life, but they make our lives whole.” Maddie certainly made our family something it was not before we had her. While I have a lot of lifetime left, I feel confident in saying that Maddie was a once-in-a-lifetime dog. I am tremendously thankful for the gift of Maddie in my life all these years.

This weekend I’m watching Maddie while my parents travel. I’m going to take her on a walk, give her too many biscuits, and pat her on the head when she’s sitting by me on the couch. It’s likely our last time together. It’s my last fall with Maddie, but it’s been a good one.

While it’s so hard to say goodbye, I am glad I took so many photos. Maybe one day, when I have kids of my own, I can pull out the photos and tell them about my childhood dog: Maddie. The dog who could throw a ball and play fetch with herself, the dog who knew how to comfort people, the dog who was endlessly patient while we dressed her up as Harry Potter and Batman and a Grandma and everything in between. The dog I grew up with. The dog who I will remember forever as the best dog I ever met.

This site uses Akismet to reduce spam. Learn how your comment data is processed.